1.There are no bad characters.

It’s a disputable statement, but I really believe that every character has a good story in them. Even if the sole purpose for that character’s creation was nothing but shallow marketing, the possibility is there. That’s the great thing about an industry of imagination like comic books. Good stories are there, waiting around. All the writer’s need to do is find them.

The Sentry shouldn’t have sucked. At his core, he was a very Marvel character: a powerful hero with real human failings and faults. A common shorthand was that he was “Marvel’s Superman” but that’s not true at all. Superman was never a normal person. Superman–my Superman, the Superman written the way he should be–doesn’t struggle with doing the right thing, doesn’t whine or wring his hands or worry or cry every time anything happens. He just knows the right thing to do, because he was raised decently and honestly by good, kind people.

The Sentry isn’t Superman. He’s not a DC transplant. His roots are firmly Marvellian. He was a very normal person with very normal human troubles and fears and weaknesses, who was more powerful thatn his own good. And that was ok. In the beginning.

Love him or hate him, he’s a character with a ten year history that’s been firmly entrenched in the Marvel Universe, and it’s only a matter of time before he’s brought back from death. He was misused, abused, and generally wasted. But the potential…it was there.

First, a little history to catch up anybody unaware. The Sentry was created as a hoax in a partnership between Wizard and Marvel. Supposedly a “forgotten character” who was created and never used, Sentry was supposed to be a long-lost 60’s character created by Stan Lee and “Artie Rosen” (who never existed) that predated the FF. But this was not the case, and the it was soon revealed that it was indeed a hoax. Crickets ensued, since it was pretty obvious it was a hoax.

The initial mini-series that was supposed to introduce Sentry into the MU by Paul Jenkins and Jae Lee came along, and it was decent enough story, nothing stellar, but had some charms. Playing off the real world forgotten hero angle, Sentry was a forgotten hero in the actual Marvel Universe as well, though he was retconned into having had a significant role before he was forgotten by the heroes in question. Retcons are shaky, but this one worked well enough if you didn’t think too hard about it, and it fit in with the general theme they were going for. Then some stuff happened, the Void appeared, Sentry would have to disappear for everyone’s own good, blah blah blah, the end.

So he came, and went, and receded back into oblivion like plenty of concepts, a blip on the comic radar. Nothing wrong there.

The problems began when he came back.

Sentry both idea and character lay dormant for 4 years, until Quesada and Bendis made sweet sweet love in the backroom of a seedy bar and then went to Vegas and got married and as a wedding present Quesada gave Bendis the Avengers and then Bendis killed the Avengers and made a new team. Bendis plucked Sentry out of obscurity and thrust him back into the spotlight (as he did later with the Hood, and probably some other characters) and essentially set him up for failure. Because of his resurgence into the limelight, Paul Jenkins was called upon to craft a new solo story detailing the origins of the Sentry. Which he did.

And here’s where it all went wrong. Now they had to explain. And it’s painfully obvious that they stopped at the first idea. “Really really really powerful super soldier serum” Is just below “Wolverine’s son” as stupid origin.

Apparently now he could move one second ahead in time, or something. That doesn’t give you super-powers, or give the the power of a million exploding suns. That just makes you slightly early for things.

Later his powers were revealed to be similar to the Molecule Man’s.

Still later, shortly before his “death,” he (or the Void) was revealed to be the Angel of Death, or some biblical power of that fashion.

One second after this revelation it was clear that nobody knew what they were talking about, and that the Sentry was truly a Void–a creativity void. You can tell when the wheels are spinning, and this had the stink of a group of writer’s sitting around a big table with coffee and donuts wondering what the hell they were going to do with the Sentry. He’s the Void! He’s a guy named Bob! He’s powerful, he’s crazy, he’s weak, he has a wife, his wife’s dead, he’s easily corrupted, blah blah blah…he ceased to be a character. He became a series of origins and a costume with nothing to hold it up but quirks and the vague hint of “mystery”…which does no good if there’s nothing at the end of the trail except more trail.

They sacrificed the character on the alter of explanation, and a lot of possibility was lost.

3. So Shut up with the history lesson and get to the point

Anyway…so the point is that the Marvel universe–especially the Marvel Universe of the new millenium–needs a character like the Sentry. In a way the character is representative of a certain zietgeist within the comic industry: a hollow character that rose and fell during an age when events seem to be growing more and more hollow, an artificial creation during a time when artifice seems to rule out over genuine storytelling. But like comics as a whole, the potential for greatness is there, buried underneath the layers. As I said in the beginning, there are no bad characters. All it takes is one great story, one little bit of imagination, one nugget of residual affection, enthusiasm, or optimism.

But then I’m the guy who thinks Team America should make a comeback.

But seriously…Stan Lee didn’t create him, but he’s a Stan Lee character even if it was that general feel and tone of Silver Age Marvel filtered through Paul Jenkins. Even down to the alliterative  name of “Robert Reynolds” that could easily stand next to Reed Richards, Bruce Banner or Peter Parker as old time Marvel stars. All he needs is somebody to step up and tell that one story that refutes all the naysayers who say he’s too powerful, or didn’t fit, or just plain sucks.

But since this is all my opinion, the following three things are the major points that need to be done first. Assuming he’s not dead. Which he may be. But nobody’s dead forever. So he’ll be back. They’ll all be back.

1. Get rid of the retconning, and the insertion of him into key elements of the heroes lives. That was a part of the initial hoax but serves no greater purpose other than to try to trick the reader. Plus that kind of retcon is lazy. All of that can be explained away. With good explanation. Not bad ones.

2. Ground him in the real Marvel Universe. Make him a real character “OOOh, Bob’s a kook” is not characterization. It’s shorthand for “I can’t write this character.”

3. Figure out what the Void is before the first word is written. Keeping him this big bad boogieman that comes and goes arbitrarily doesn’t work. Void is absence of something. What’s he missing? Then start with the why’s. Why does Bob need to be a hero? Why does the Void appear? Why does Bob need to have a previous connection with the heroes? Why is Bob afraid they won’t accept him? Why try to be a hero if he lacks so much confidence?

For a character that’s ten years old and has lived and died during the tenure of the New Marvel, there’s not much of a legacy left for the Sentry, and that’s a shame, because I think there’s something there. There’s a story worth reading. I’d like to see it one day. 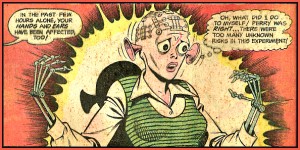 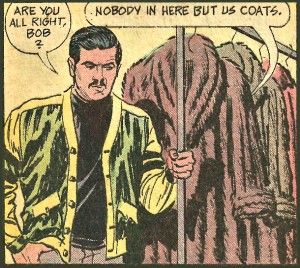 1,149 thoughts on “Benty’s Babbles: The Sentry shouldn’t have sucked”