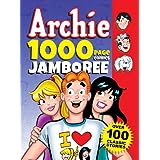 These are getting pumped out fairly regularly, which is surprising. When the first one came out I was expecting this to be at most a biannual thing, but this is the third 1000 pager this year, with another one due in a few months.

I think the most hilarious thing is that Amazon’s “age range” description says this falls squarely in the 8-12 year old range. Yeeeeah…I’m significantly older than that age range, but these have been every bit as enjoyable as they ever were. So far these have had a large amount of material I’ve never read, so hopefully this one keeps up the same selection. Now where’s my toyline? 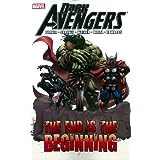 Despite the title saying Dark Avengers, this is the last of Jeff Parker’s Thunderbolts work. And that’s that, all of it. It’s been a solid run, and to think this all began because of those SDCC figures. 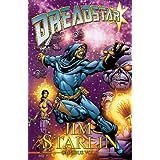 I’ve read a few Dreadstar issues, but never long runs of it. This omnibus collects the first twelve issues of the original Starlin Dreadstar series that ran under Marvel’s Epic imprint. 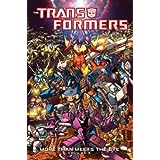 It’s painful waiting for trades for some of these comics. This is the next volume of the greatest Transformer comic ever. It seems like it simultaneously takes forever for a new one to get here, and then it seems like I just bought the fourth volume. Weird. As should be standard, if you are not reading this and have even a passing interest in Transformers, then you’re doing it wrong. Because this is better than that spandex comic you think is good. It is. It just is. 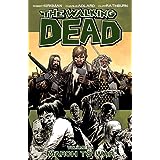 Things were looking pretty grim in the last trade. You know, because it’s been so peppy and cheery so far. I know a lot of people seem to be dropping off this title from what I’ve read–yet another sign that I’ll never understand people–but I’m still enjoying seeing where this all leads, and it’s as surprising and gripping as ever.

Discuss on the forum!