Trying a few more new titles plus following up my previous experimentation by getting some follow up volumes. I need a sugar momma. 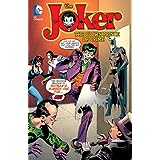 Buy on Amazon
Back in the ‘70s the Joker had his own series as part of the DC explosion. Unfortunately it died a quick death due to DC’s Implosion. This collects the 9 issues , written alternately by Denny O’Neil, Martin Pasko and Elliot Maggin and featuring a who’s who of Gotham regulars.. I had a handful of these that I got in a big box of comics, but I was missing both the first and last issue, so it will be nice to read the series in its entirety. 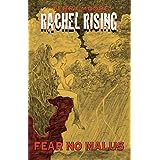 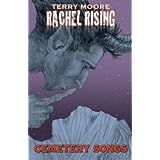 RACHEL RISING TP VOL 03 CEMETERY SONGS
Buy on Amazon
So this was good. Very good, with a lot of mysteries set up, a creepy tone and great characters. TFitz was right! Knowing Terry Moore was behind it I figured it should have been good, but I’m glad it ends up being good, because I’ve missed reading his stuff. Gets pretty dark, and that’s awesome.

MIND MGMT HC VOL 01
Buy on Amazon
The only work I’ve read from writer Matt Kindt is when he took over the new 52 DC Frankenstein book. I thought he kept up the book’s weird feel and wacked out ideas,, so of course that book ended up getting canceled in DC’s struggle to become the most tepid publisher in the industry. A young journalist covers a story on a plane where everyone aboard loses their memories. The idea sounds intriguing. 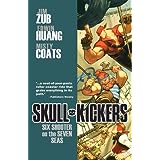 SKULLKICKERS TP VOL 03 SIX SHOOTER ON THE SEVEN SEAS
Buy on Amazon
Another volume in a fun series, involving a big buttkicker and a dwarf buttkicker and their adventures kicking butt. Recommended for fans of fun comics. Have I said fun? Need more of that in comics. 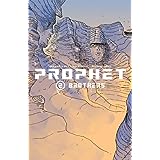 PROPHET TP VOL 02 BROTHERS
Buy on Amazon
I’m picking up the second volume without having read the first yet, but sometimes you hear enough positive buzz that you can’t help but feel confident that something is write up your alley. Optimist, or madman. You can be both! Anyway, really need to set aside some time to actually read the sumbitch.

RAGEMOOR HC
Buy on Amazon
They had me at “angry living house,” because that’s always awesome when done well. This has the complete series in one handy dandy hardcover. Richard Corben art. His stuff always looks slightly “not right” (in a  good way) and that should fit right in with a story like that.