So it’s been a while since I’ve done one of these columns since I was taking a bit of time off spending during the holidays. But new books are flooding the market and they’re not going to buy themselves, so let’s see what I got. Small week but some good stuff. 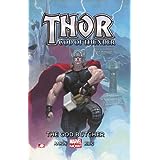 Marvel is doing this thing where they release titles in Hardcover and then wait a loooooong time to release them in trade, so I’m just now getting a chance to check out this much-lauded Thor title from Jason Aaron. Our own Pablolobo said this title was better than Superior Spider-Man–an idea which makes me scoff so hard I ruptured something–so I’ll have to see if it lives up to the hype. 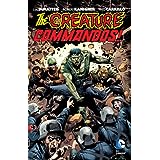 An awesome concept from a title called Weird War Tales back in the DC Bronze Age. Basically, a werewolf, a vampire, a Frankenstein’s monster and Medusa are soldiers who wage a secret war. I loved these little stories back then. This one took me by surprise as I hadn’t heard there was going to be a compilation of them in a single volume.

IDW has been nailing various properties like Transformers, GI Joe and  Ghostbusters. I’ve heard good buzz about their TMNT stuff, and with one of the creators on board (Eastman) It sounds intriguing. I’m pretty behind so if this one is good expect to see it return on these lists.

Another in the “good buzz” list, this story by Joe Hill of a house whose doors lead to strange and wonderful things. Like Fantasy Island without the midget, I guess. And not an island. And without Khan. So nothing like Fantasy Island.